Education is capable of taking people to the pinnacle of progress. But it needs proper and modern education. Because wrong education will lead people to destruction instead of progress. If you do not want to receive the wrong education, you have to learn from the right persons or institutions. For ages, some institutions have been able to maintain their dignity even today. Praised for their proper education system. Most people in the world know them by one name. Because the celebrities of different countries and the great people ‍had completed their education from these institutions. However, there is included a list of 50 top universities in the world. In addition to mentioning the list of 50 universities, we are presenting brief and important information about 10 top universities in the world.

One thing to keep in mind is that the list was not made following the ranking methods of the universities. We have created this according to the reputation of the universities and the number of celebrities, great men, heads of state, or government who have completed their education from them. At the same time, emphasis has been given to the quality of the university and the modern education system.

The Chancellor, Masters, and Scholars of the University of Oxford is another name of the University of Oxford or Universitas Oxoniensis (Latin). It is a collegiate research university in Oxford, Oxfordshire, England. It was founded by a Russel Group in 1096 and is the oldest university in the English-speaking world. The Lord is My Light or Dominus Illuminatio Mea (Latin) is a motto of this university. Oxford blue is their official color. There are 39 Oxford colleges and 6 permanent private halls. They admit students into the undergraduate, graduate, and continuing education programs. The central university has roughly 100 major departments, which are overseen by four faculties like Mathematical, Physical & Life Sciences; Medical Sciences; Humanities, and Social Sciences. Besides, they offer 1,000+ courses each year in different ways. In Oxonians have 72 Nobel Prize laureates, and 28 PMs of the UK, and many heads of state around the world. Website Link: www.ox.ac.uk

University of Cambridge (Universitas Cantabrigiens in Latin) is a public research university in Cambridge, England, United Kingdom. It is established by Russel Group in 1209 and is the fourth-oldest university in the world. Hinc Lucem et Pocula Sacra (Latin) or From this Place, We Gain Enlightenment and Precious Knowledge is a motto of this university. Cambridge blue is the official color of them. Right now, the total area of this university is 288 hectares (710 acres). The university is made up of 31 constituent Colleges and 150 Departments, Faculties, Schools, and other institutions. They admit students into the undergraduate, and post-graduate programs. Among their alumni, they have 110 Nobel Prize Laureates, and 47 Heads of State. Website Link: www.cam.ac.uk

Stanford University is a private research university in Stanford, California, United States. It was established in 1885 by Leland and Jane Stanford, but its academic session started in 1891. It is assumed that ‍Stanford University is one of the top universities in the world for an MBA. The Wind of Freedom Blows or Die Luft der Freiheit Weht (German) is the motto of this university. Cardinal and white is their official color. At present, the total area of this university is 8,180 acres (one of the largest in the USA). They admit students into the undergraduate and financial aid programs. There are 7 schools; these schools have 2,279 faculties. In Cardinals have 84 Nobel laureates and one president of the USA, 74 living billionaires, and 17 astronauts. Website Link: www.stanford.edu

The former name of Harvard University (Universitas Harvardiana in Latin) is Harvard College. Besides, it is the oldest institution of higher learning in the USA. Besides, it is one of the 5 top universities in the world. It is a private research university in Cambridge, Massachusetts, United States. It is founded by the vote of the Great and General Court of the Massachusetts Bay Colony (Reverend John Harvard was the first donor) in 1636. Truth or Veritas (Latin) is the motto of the university. Crimson is their official color. The current area is 209 acres (85 ha). They almost offer 1,300 courses per session. Harvard’s alumni have been decorated by 79 Novel laureates, 8 US Presidents, 188 living billionaires, and so many on. Website Link: www.online.hbs.edu

The Massachusetts Institute of Technology (MIT) is a Private land-grant Research University in Cambridge, Massachusetts, United States. Mens et Manus (Latin) or Mind and Hand is the motto of the university. It is established in 1861 by adopting the stressed laboratory instruction, and European polytechnic university model. Cardinal Red and Silver are the official colors. 166 acres (67.2 ha) is a campus area of it. More than 1,000 faculties are available in the current session. Alumni’s honors are 96 Nobel laureates, and respectively 59 science and 29 TI medal winners, etc. Website Link: www.mit.edu

The former name of the University of California, Berkeley (UC Berkely, Berkely, Cal or California) is the University of California. It is a public land-grant research university in Berkeley, California, United States. It was founded by a trustee of the College of California in 1868. Fiat Lux (Latin) or Let There be Light is the motto of the university. Berkeley Blue and California Gold are the officials’ colors. Their total land has 8,163 acres (3,303 ha), but the core campus is 178 acres (72 ha). This university organizes 14 colleges and schools under these covers 350-degree programs which are held through 180 departments and 80 inter-disciplinary units. Berkeley alumni are decorated by 110 Nobel laureates, 7 heads of state or government, and owner numerous notable companies like Tesla, Apple, Intel, SoftBank, eBay, etc. Website Link: www.berkeley.edu

Read more: What is Public Administration?

The University College London (Collegium Universitatis Londinensis in Latin) had been changed the name four times. Names are London University (1826–1836); University College, London (1836–1907); and the University of London, University College (1907–1976). It is a public research university in London, United Kingdom. It was founded by the radical ideas of Jeremy Bentham in 1826. Cuncti Adsint Meritaeque Expectent Praemia Palmae (Latin) or Let All Come who by Merit Deserve the most Reward is the motto of the university. Indigo and blue are the official colors. UCL has 11 constituent faculties, which covered more than 100 departments. The alumni of UCL have the respective “Fathers of the Nation” of India, Kenya, and Mauritius, 34 Nobel Prize winners, the founders of Ghana, modern Japan, and Nigeria, etc. Website Link: www.ucl.ac.uk

The Imperial College London (Imperial College of Science, Technology, and Medicine) is a public research university in London, United Kingdom. This university is one of the ten top universities in the world. It was founded by the Royal Charter in 1907. Scientia Imperii Decus et Tutamen (Latin) or Scientific Knowledge, the Crowning Glory and the Safeguard of the Empire is the motto of the university. Imperial Blue is the official color for them. There are three faculties, one school, and some global institutes; these have more than 30 well-known departments. So many prominent individuals along with 14 Nobel laureates are completed their studies at this university. Website Link: www.imperial.ac.uk

The California Institute of Technology (Caltech) is a private research university in Pasadena, California, United States. It was established by Amos G. Throop in 1891. The Truth shall Make You Free is the motto of the university. Orange and white are the official colors for them. The campus area is 124-acre. Their educational process has been divided into six academic divisions (BBE, CCE, EAS, GPS, HSS, and PMA). There are 76 Nobel laureates and numerous notable people. Website Link: www.caltech.edu

Princeton University (Universitas Princetoniensis in Latin) is a private research university in Princeton, New Jersey, United States. It was established in 1746 in Elizabeth as the College of New Jersey, and then it was a university. The motto of the university is Dei Sub Numine Viget (on the seal: Vet Nov Testamentum) or Under God’s Power She Flourishes (on the seal: Old Testament and New Testament). Orange and black are the official colors. The 500 acres is the campus area. They offer undergraduate and graduate courses. In graduate, has 42 academic departments and programs. 69 Nobel laureates, two U.S. Presidents, several foreign heads of state or government, and numerous prominent persons are included in their alumni. Website Link: www.princeton.edu

There are listed rest of 40 universities. By which we’ll try to complete the 50 top universities in the world. We think you’ll more benefits from this nice list. 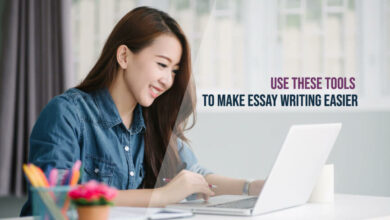 Why should we use Grammarly? (Learn the Best 3 Reasons) 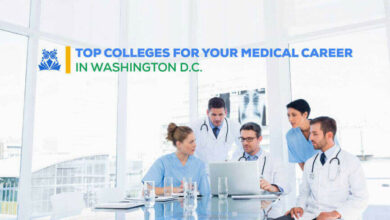 Colleges Helping You in Your Medical Career in Washington DC